How to get a body like Gigi Hadid: Full-body ‘hourglass figure’ workout

Gigi Hadid has featured on the cover of Vogue magazine over 35 times and walked down the Victoria’s Secret runway on countless occasions.

It goes without saying the supermodel has been in incredible shape for a number of years, and has received endless compliments on her hourglass figure that so many women dream of. Ex-partner of One Direction star Zayn Malik, Gigi Hadid is often described as a ‘fitness freak’, with many thinking building a body like hers is near impossible. There’s no doubt a lot of hard work goes into maintaining her lean figure, however it is achievable with a managed training and nutrition plan.

There are certain exercises we can use to target areas of your body associated with Gigi’s hourglass figure which, more importantly, will help you sculpt an impressive figure of your own. The key is training smart and making the most of your time. To create the illusion of a slimmer waist and an hourglass figure we will have to put a lot of attention on a couple of key areas.

The workouts below are a full-body blueprint to shed the extra pounds while putting extra emphasis on your shoulders, back and glutes to accentuate your physique. 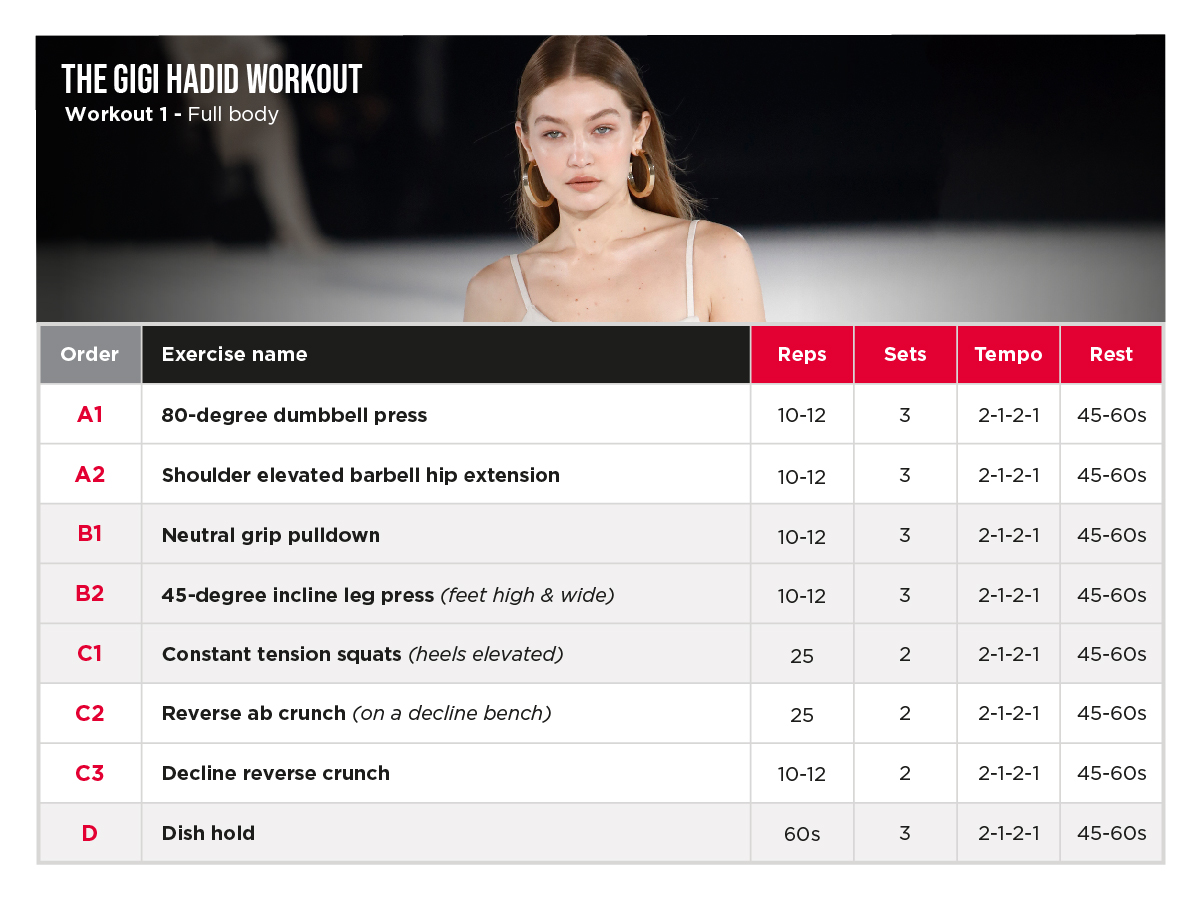 There are two types of lateral raises in this program. These will allow you to add shape to those shoulders and make your waist look smaller. The cable variation will allow you to get more work out of the muscle in its most shortened range where most variations get too difficult as the load drops off slightly at the top. To do this, lie down on a bench set in a cable stack, and grab each cable on the opposite hand.

Key tips for lateral raises are…

Keep tips for the incline hyper…

Strong lats create that taper to your upper body and makes your waist appear smaller.

Key tips for pulldowns are …