How to get a body like Dwayne ‘The Rock’ Johnson: Arms and shoulders workout 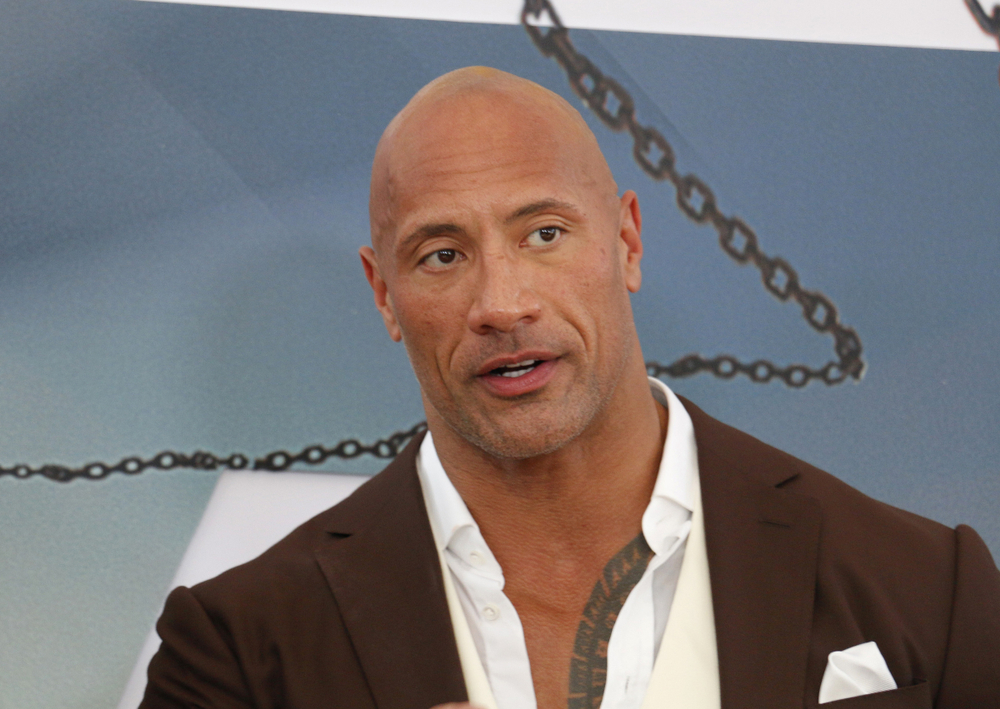 Actor, businessman and professional wrestler Dwayne ‘The Rock’ Johnson is most famous for his acting career, the ‘People’s Eyebrow’ and his epic 5,000-plus calorie diet.

He has devoted his life to fitness, and his leading roles in Central Intelligence, Jumanji: Welcome to the Jungle and various Fast & Furious movies reflect the hard work that he has put in inside the gym.

Before embarking on his acting career Dwayne Johnson was a professional wrestling star in the WWE, making his debut in 1996. Widely regarded as one of the greatest professional wrestlers of all time, the 10-time world champion constantly strives to be the best version of himself.

The Rock has some of the biggest set of shoulders and arms in the whole of Hollywood, raising the question, how many hours does he really work out for?

Building a physique like The Rock is no easy feat, but with consistency and determination, we can show you how to build your own set of movie star muscles that might just land you a starring role in Hollywood’s next big blockbuster!

This is the workout you need to help you emulate The Rock’s physique.

The Dwayne 'The Rock' Johnson workout 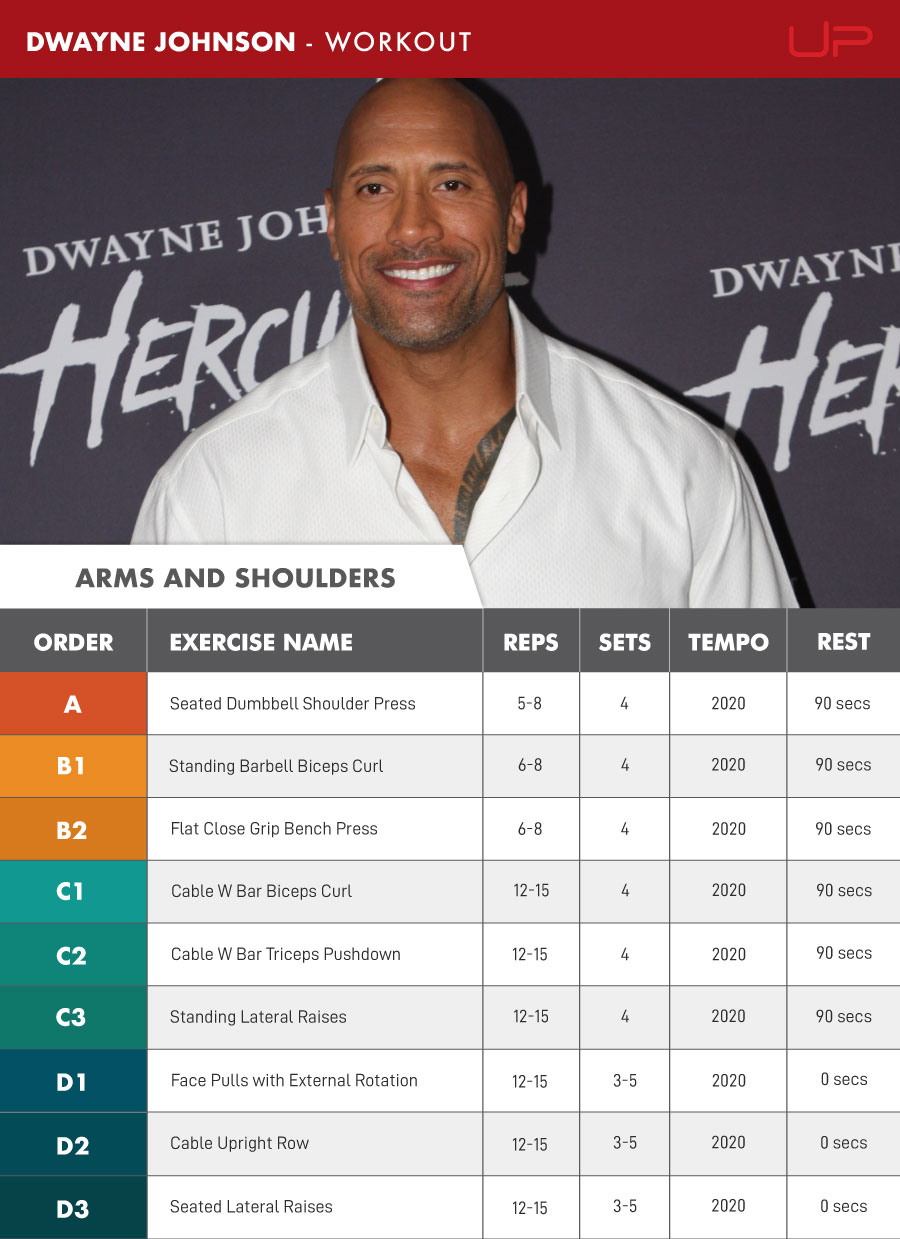 We begin Dwayne’s “Rock Solid Hollywood Arm and Shoulder” workout with big compound strength exercises for shoulders, biceps and triceps followed by high-repetition exercises that will generate a large amount of blood flow to create a pump the likes of which you’ve never experienced before!

Incorporating supersets and giant sets will ensure the intensity required to ensure maximum results in minimum time so be strict on your rest periods as resting too long is the quickest way to kill your workout intensity.