How to get a body like Michael B Jordan: Chest and triceps workout 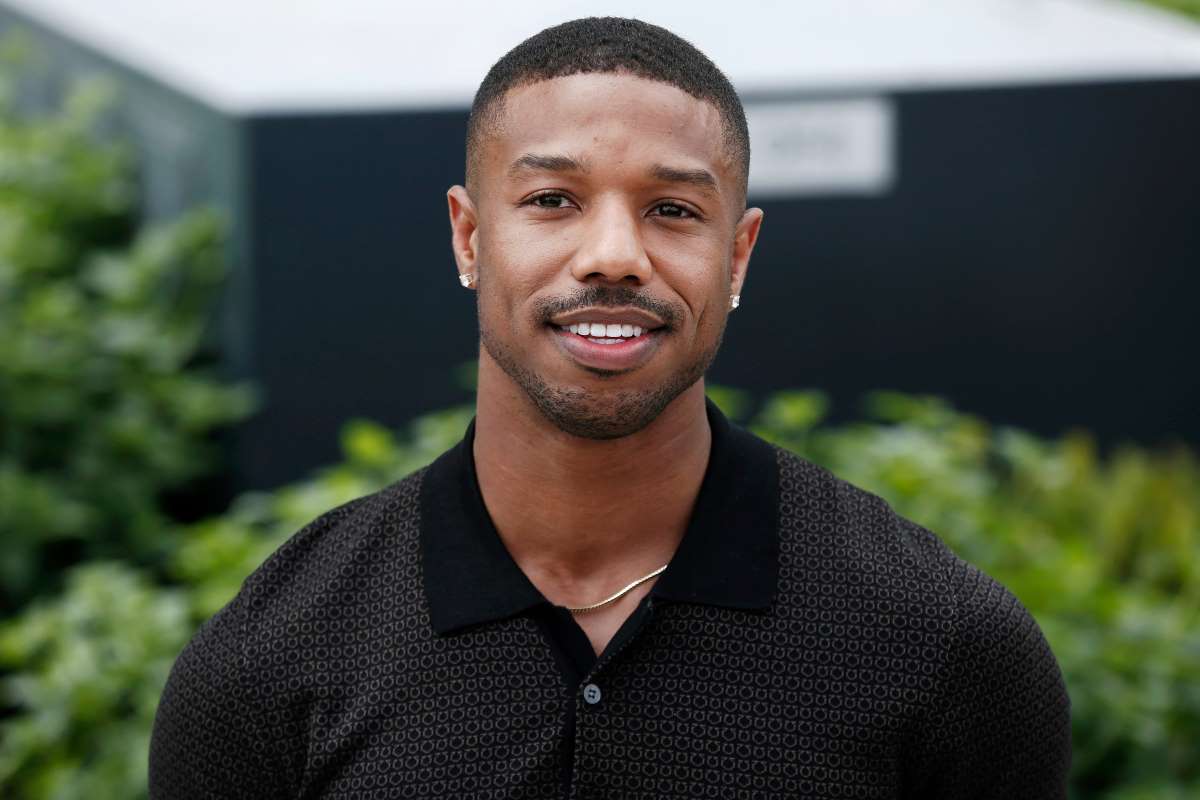 Michael B Jordan is proof that to look athletic, you need to be athletic.

Most people would struggle to get in fighting shape, but Michael B Jordan has made it a lifestyle through smart training and nutrition. The American grew as a supporting actor and eventually got his opportunity to play lead roles in award-winning films including Creed and Black Panther. Portraying boxer Adonis Johnson in the 2015 hit Creed, Jordan built an upper-body even the very best heavyweight boxers would be proud of.

Jordan looked equally as impeccable in Blockbuster Black Panther, playing Killmonger. The popular comic book superhero has been a Marvel fan favourite for a number of years, and Jordan certainly made the role his own. More recently, Jordan teamed up with legendary actor and producer Denzel Washington, starring in heartfelt drama A Journal for Jordan. The 2021 hit is based on the true story of First Sgt Charles Monroe King, a soldier killed in action in Baghdad.

Whether hero or villain, Michael’s chest and triceps are a big reason why his body is so aspirational for many men. So, add this plan to your workout toolbox for a pec-popping, jaw-dropping Adonis physique.

The Michael B Jordan workout 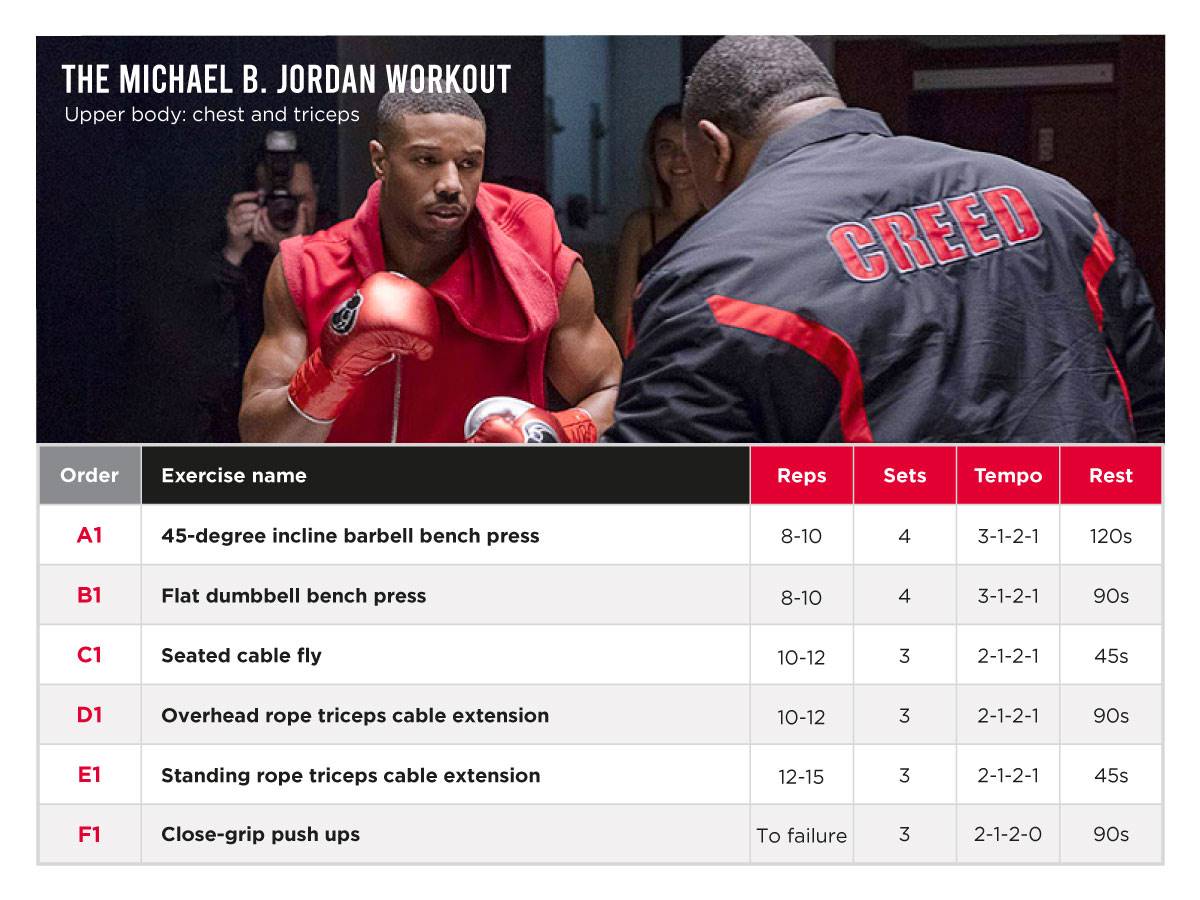 Like any boxing match, you are freshest at the start of your workout. The aim is to break down muscle tissue while optimising your output. An incline barbell press is a great way to target the upper fibres of the chest. In contrast, the flat dumbbell bench press allows you to target all-around pec development and provides the greatest opportunity for progression.

The triceps are composed of three smaller muscles (the name triceps means ‘three heads’). Each plays a greater or lesser role in different forms of pressing exercises, which we can target maximally through a range of movements at different ranges.

It’s almost impossible to isolate specific parts of the chest without fatiguing other muscle fibres; therefore, pairing these exercises will likely reduce the total training volume (or the total amount of work) you can perform. As a result, this workout is best performed in straight sets. This is a great workout to add to any push/pull/legs or body part training split.