How to get a body like Ryan Reynolds: Chest and triceps workout 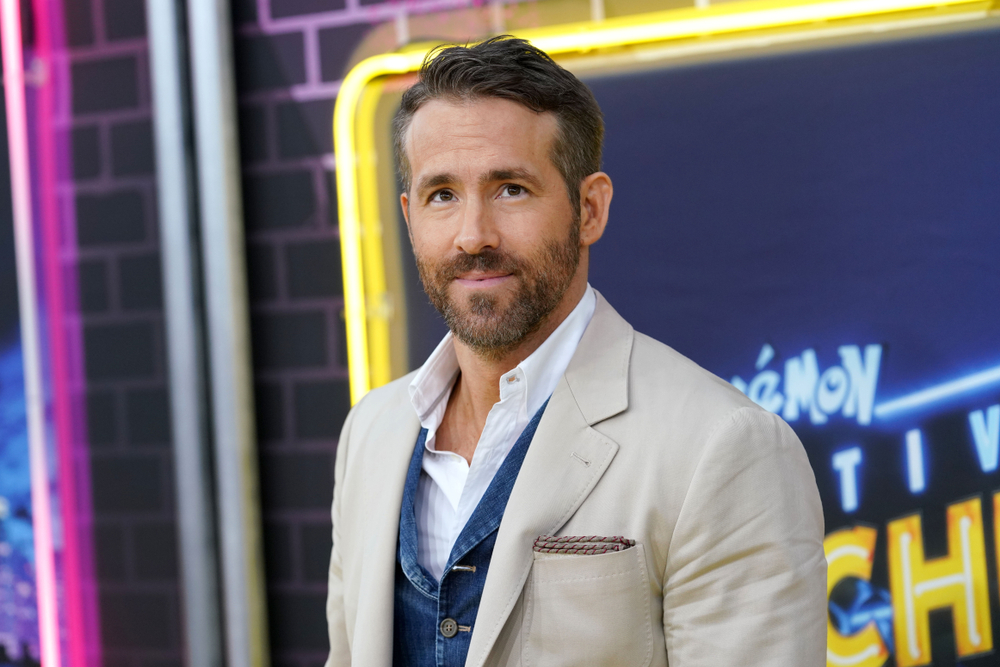 From Deadpool to Blade Trinity, Ryan Reynolds’ chiselled physique has inspired many men to take up weight training and get in shape.

Ryan Reynolds’ physique has inspired many men to take up weight training and get in shape, following his appearances in the films Deadpool and Blade Trinity.

Playing the character Wade Wilson (or Deadpool), Reynolds has become the ideal role-model for those wanting broad shoulders, a big chest and popping triceps.

In February 2021, Ryan Reynolds and fellow actor Rob McElhenney were announced as owners of Wrexham Football Club. Even with Reynolds’ packed acting schedule and newfound ownership responsibilities, the 45-year-old still maintains the muscular upper-body physique that so many men desire.

You too can build an impressive chest and arms like Ryan Reynolds, and contrary to popular belief it is possible in as little as 3 workouts a week, as many of our successful body transformation clients will tell you.

The key is training smart and making the most of your time in the gym. To do this we need to think of the action of the muscles we are looking to target. 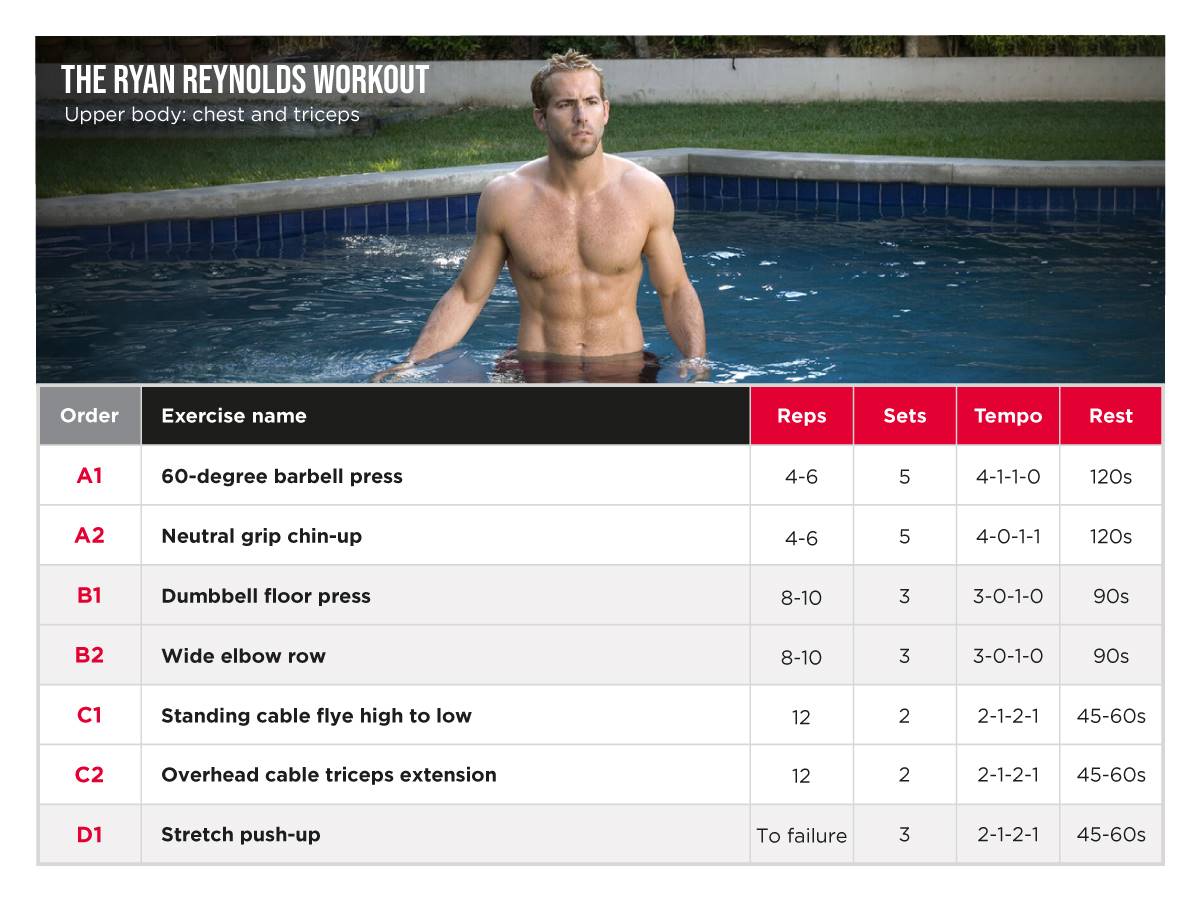 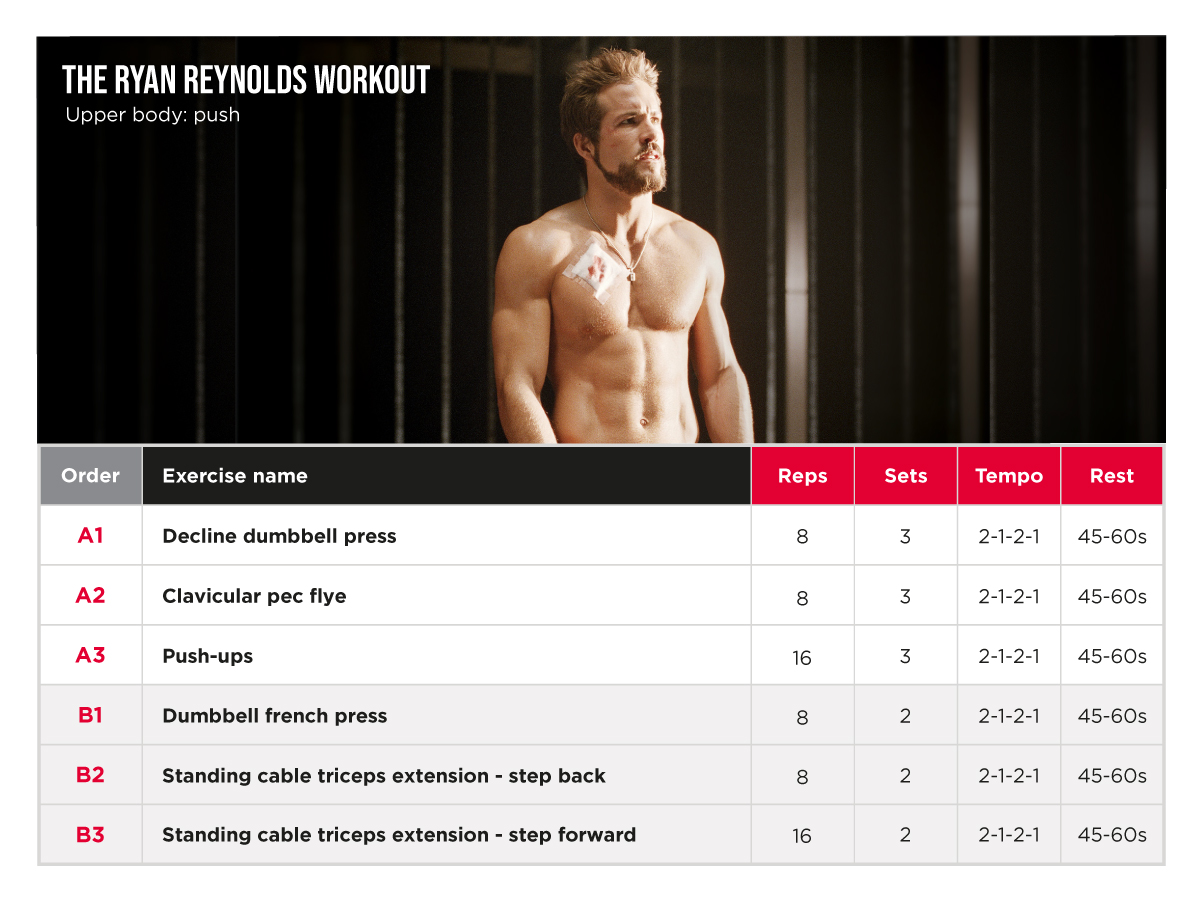 This is the same as above but take one step forward once you hit failure on the above. This will shorten the ‘moment arm’ and make the movement easier to allow you to get a few more reps out.

The job of your chest is to pull the upper arm across your upper body towards your sternum.

The fibres of the muscle fan out and which fibres you’re working depends on the angle in which your arm goes across your body.

We have three main areas we are looking to attack within this workout:

Bonus tip: Rib cage angle will massively dictate which fibres you hit. If you’re looking for upper chest and you overarch on incline press you may hit sternal/mid fibres more.

The tricep has three main heads:

The main job of these muscles is to extend the elbow.

Our aim is to train the muscle through its full range and the exercises in this workout will do just that:

The workouts below will help you build a chest and triceps like Ryan Reynolds, and include an ‘upper body’ and a ‘push’ workout to add the key amount of frequency as well as hit our key muscles from every possible angle.